ATM INNOVATION: WHO WE ARE

ATM Innovation is a new high performance company backed by one of the most experienced teams in race carburetor technology. It’s true “that the apple doesn’t fall far from the tree” and CEO Angela Benoit Neely has spent years following in her father’s (Marvin Benoit [founder of Quick Fuel Technology™]) footsteps. She is launching ATM Innovation with years of experience at QFT™ under her belt.

Angela’s mission statement is boldly stated on the banner of this website. It’s the “NEXT Generation In Fuel Systems” which means that ATM is innovating and re-inventing race carburetors and throttle stops as we now know them. A good example is its new Double D™ throttle stops that not only restrict horsepower when applied, but actually increase horsepower when they are fully open.

Her motto is “we build parts for racers by racers”. Performance, 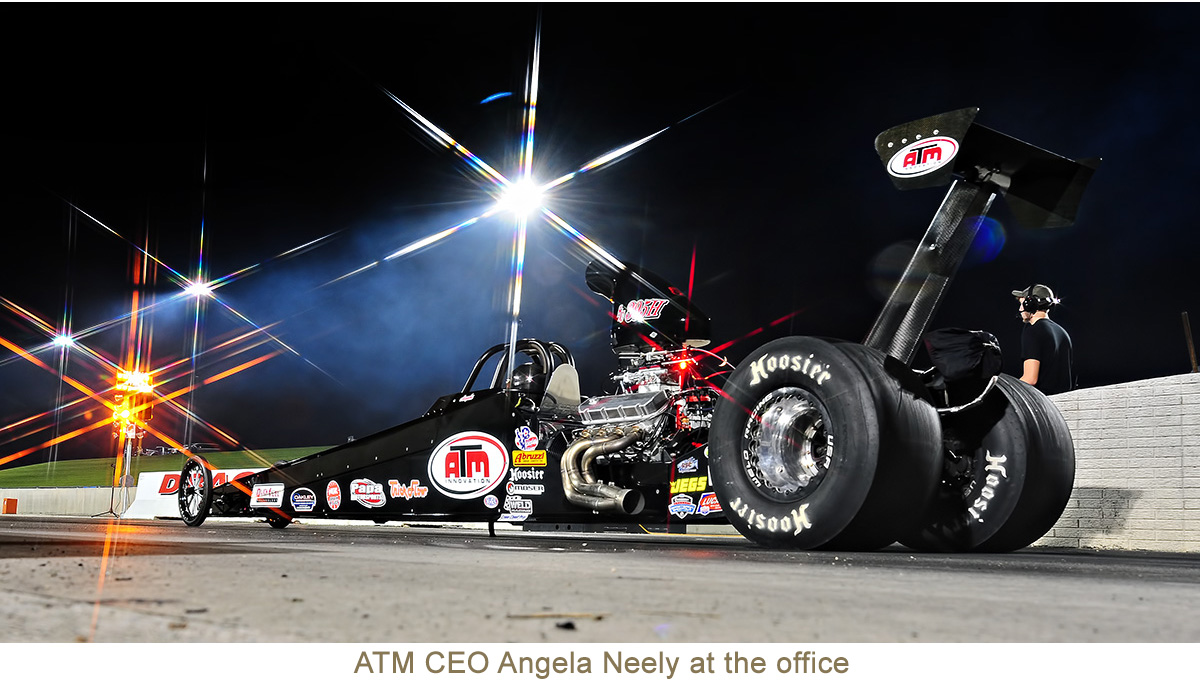 quality and customer service is the foundation for ATM Innovation. And Angela and the ATM Team are already delivering on these promises with a World Championship in one of the toughest divisions in Lucas Oil Drag Racing – Super Gas.

Angela proudly reflects on ATM and what they’ve accomplished so far, “I will forever be indebted to my father and family for the education and opportunities they have provided. The new ATM Team is truly the Next Generation, building state-of-the-art, high performance and racing fuel systems”.