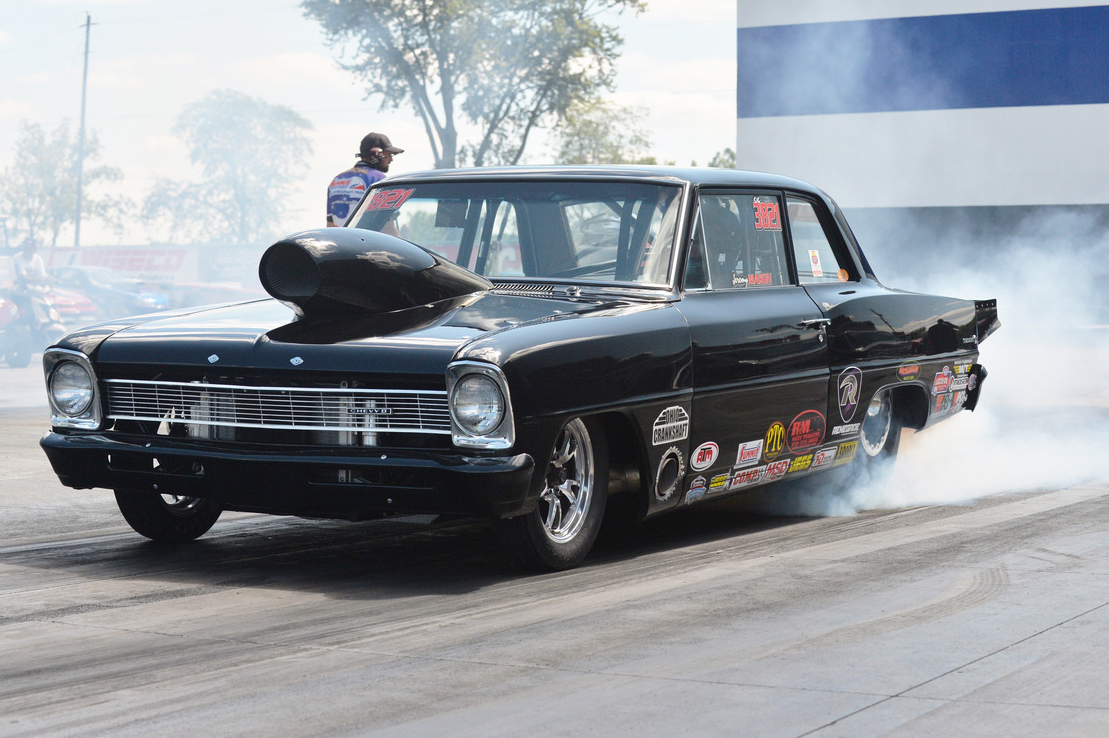 BOWLING GREEN, KY – Jeremy Mason wins the NHRA Lucas Oil Drag Racing Series 2019 Super Gas Championship with an ATM Innovation XRX 1250 throttle stop carburetor. No other “.90” index class sees as many competitors as Super Gas, and to win and become champion requires a near-perfect performance. Mason emphasized the importance of the ATM carburetor delivering consistency – “A predictable and dependable carb plays a significant part in winning in the .90 classes, and I couldn’t ask for a more supportive company than ATM Innovation and Angela Neely who was there for my many texts and phone calls.”

Jeremy’s race operation is a family affair with his wife not only working on the cars, but adding a new baby girl to the team this year. The car that Jeremy wheeled to both Divisional and World Championships is a ’66 Chevy II family heirloom of 28 years. It was updated by Mcilvain Racecars and is powered by a potent Ohio Crankshaft 632 BBC. Jeremy added, “Just driving a car that my father raced…you can’t get any cooler than that!”

“Jeremy and his family have been great supporters of ATM since our startup in 2017” stated Angela Neely, owner of ATM Innovations, “and we are looking forward to much more success for Jeremy and ATM in the coming season.”